learn more about me

I have lived many lives. Instead of finishing my degree, I led a team of 200 people in the making of The Cosmonaut, a transmedia experience where we created a whole story universe about the space race. It was licensed under Creative Commons and crowdfunded by 5000 people, raising more than half a million dollars.

After directing a feature film and thirty short films, I became CEO of my second company: Future Lighthouse. During three years, we turned it into one of the world’s leading Virtual Reality studios, winning numerous awards and paving the way for the future of storytelling.

In 2018 I decided that it was time for another change. Years ago, while editing my first film, I had created a secret restaurant with a waiting list in the hundreds. Cooking not only filled my heart… It was also the perfect canvas to continue telling stories…

The time is now. I have turned into a full time food artist. I create rituals around food. I craft stories to engage, to indulge the senses, to create wonder. 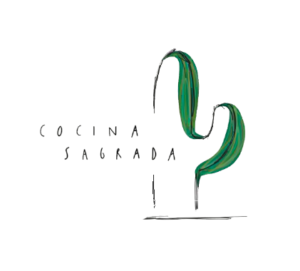 Cocina Sagrada is my culinary adventure. A nomadic experiential restaurant that creates immersive experiences all around the world. From secret dinners to blindfolded gastronomic journeys. Performance, art, stories and food get mixed into an explosion of flavor and emotion. 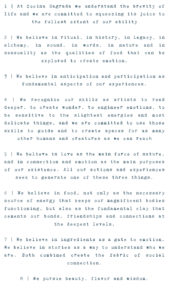 The future of gastronomy lies in restaurants with one table.

From the crazy mind-opening ideas of Terence Mckenna to the geodesic domes of Bucky Fuller, I stand on the shoulders of giants. I have been inspired by many human beings who decided to make the world a better place with their ideas, their books, their films or their inventions.

I belong to a global tribe from which I learn to share, to give, to thrive, to love.
This is who I am.

I See The World In Technicolor

I am a flowing river. I’ve been a poet. I’ve been buried in snow up to my chest while I filmed former cosmonauts of the Soviet Union. I’ve fed princes through ancient African rites. I’ve looked into the void of love where the Pacific Ocean and the Rainforest converge. I’ve gone where mad people are sane and everything is upside down. I’ve danced under three thousand year old baobab trees.

These are some of the projects I’m most proud of.
Selected projects
2018

…the only people for me are the mad ones, the ones who are mad to live, mad to talk, mad to be saved, desirous of everything at the same time, the ones who never yawn or say a commonplace thing, but burn, burn, burn like fabulous yellow roman candles exploding like spiders across the stars…

I Learn By Fucking Up

With great power, comes great responsibility. Words are my superpower and I learned the hard way how much of a difference they can make.

While I was finishing the postproduction of my first film I made a terrible mistake: I sent an arrogant and disgusting email that I should never have written. The consequences were thousands of insults and death threats. People even encouraged me to kill myself. That email and its consequences changed who I was in deep ways.

In 2013 I was granted the opportunity to tell my story at a TEDx talk.

You can watch it HERE.